Have you ever tried to imagine a World without religion? Or did that question send a cold, unnerving chill down your spine questioning my audacity to even ask such a thing of anyone? If you answered ‘Yes’ to the second question, this piece is for you. You probably won’t like it too much. Heck, you won’t like it at all. But read it nonetheless.

I consider myself fortunate to have had an upbringing like I did. A Hindu family with “fairly religious” grandparents and parents; daily short poojas and regular aartis for the necessary days of the year. Strict belief in some particular God(s) and happy all the way.

However, my generation of siblings did not have all that thrust upon us. Lucky for us, I guess. We were taught ‘the basics’, and still given the freedom to invest our faith where we wanted. Yes, we were taught to do a pranam at the mini-temple at home before we left home and be careful to never let any object of educational significance (books, backpacks, stationery, etc) touch the ground or our feet. But, the rest was really left up to us. Our minds were left to wander and open as we liked. We chose what to believe in or not believe in. And nobody recited an ancient holy book of questionably plausible tales to govern what I’m allowed to eat or drink. I like to believe that we were drilled in far more important traits like honesty, integrity and respect… but, my friends are better judges of the success in that respect than me.

In all fairness, we were stubborn little brats and they didn’t stand a chance anyway, but credit where credit is due. For liberty, free will and the right to question everything: Thank you, Momma and Dad!

You’re probably wondering what caste we are, for me to be so casual about this whole culture and tradition business. The answer: I don’t know. Never bothered. Never cared. If you ask me, the caste system is the biggest tragedy in the history of this religion. Or any religion as a matter of fact! Divisive. Counterproductive. Unnecessary.

Not to mention religion itself. Don’t get me wrong, I don’t have an issue with people having faith in some God or religion, for whatever reason they see fit, but I’ve tried to make sense of it… all the blind faith, customs, rituals, and the whole ‘Indian Traditional Values‘ thing. I just don’t see it. 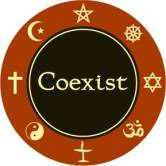 e.g. Why do we have to pollute the sky and burn down a huge effigy of some evil lady who was burnt millions of years ago to celebrate Holi? Is it absolutely necessary? That’s just one example. The list is endless.

The real problem lies not with the faith, but the rationale and intentions of those who practice them. We’ve seen this blind faith used to divide people, hoodwink them into doing the most ridiculous things, incite hatred, violence and terrorism and ultimately turn people into narrow minded individuals. Think of any of the issues in your country or ‘society’. Think of how many of those have their root cause in that closed minded, irrational faith in something that nobody fully or correctly understands. Then you’ll see what I’m talking about… Reservations in higher education for lower castes, SC/ST/OBCs, instead of reserving opportunities for truly underprivileged people (financially, for instance)… Reluctance to accept same-sex relationships and marriages.. Religious violence over the consumption of beef. Like, chill out people!! Beef is a regular part of a Christian/Muslim’s diet and India is not a Hindu country. It’s secular.

God has no Religion – Mahatma Gandhi

I’ve had all kinds of friends: Muslims, Parsis, Christians, Buddhists; English, American, Pakistani and people from all corners of India. Different Cultures, colors, families, backgrounds, and what not. But, they were all my friends. I didn’t look at them for what they believed in, or what their passports said. They were simply people I hung out with because it was fun.

I’ve visited them during Ramzan and had a variety of mouthwatering Islamic food (Muhammad Ali Road, Mumbai *drools*), I’ve gone for the midnight Mass at Christmas. Everyone welcomed me like a brother…  one of their own. And they’ve joined me in celebrating Hindu festivals themselves.

Friendship is easy once you learn to look at the person for what he is, and not where he’s from or what he believes in. There are no good and bad religions… only good and bad people.

Humanity and love have no religion. No nationality. No race. No God.

One thought on “Religion, God and Why We Do Some of the Things We Do”